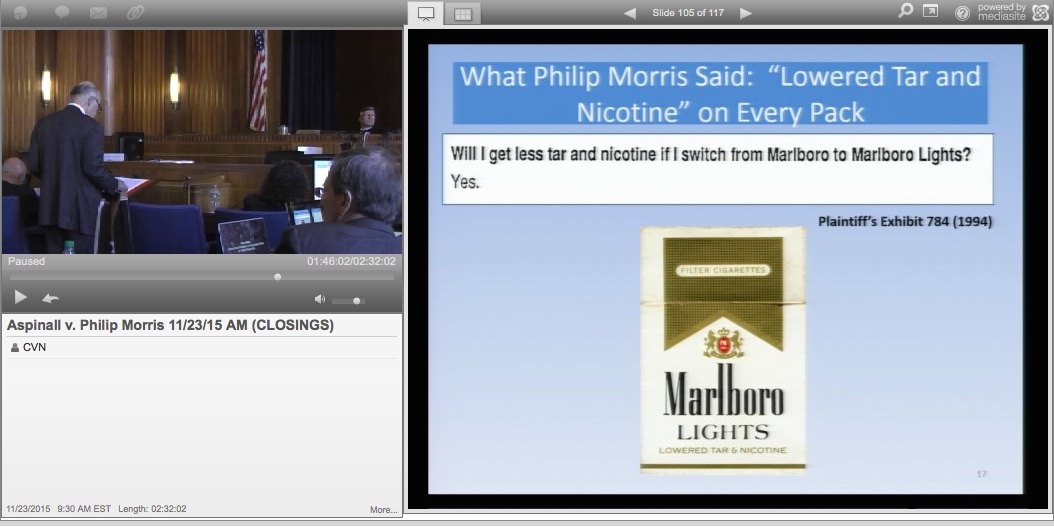 Boston — A trial began Monday in a long-running class action filed in 1998 on behalf of nearly 200,000 Massachusetts smokers seeking up to $609 million from tobacco giant Philip Morris USA for allegedly duping them by falsely claiming that Marlboro Light brand cigarettes exposed them to lower tar and nicotine levels than Marlboro Reds.