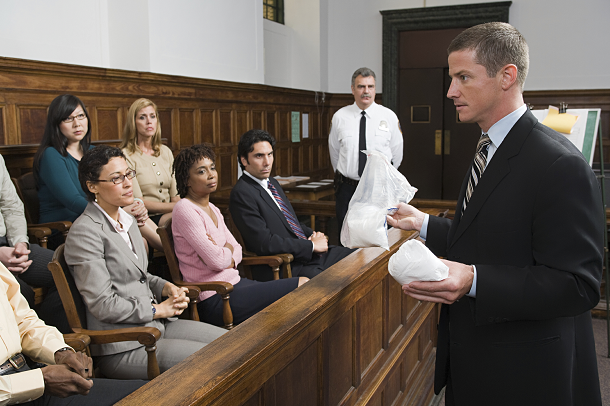 Better trial practice clinics and CLE seminars have spread the word about effective closing argument tactics and techniques. Most attorneys today use some sort of visual aid, from posterboard to computer simulation during their closing, for example, giving jurors a clearer summation of a case.

But the difference between a workmanlike summation and a closing that compels a jury is the way in which these tactics and techniques are used. The tips below, as shown by three of the country's top trial lawyers, can help seal a verdict in your favor.

1. Tie Your Jurors to Your Narrative Theme

Using an overarching theme of what the case is about—"trust" in a malpractice case for example—is a common way to drive the narrative of your trial and tie together your evidence. But to be most effective, you must connect your jurors with that theme on a personal level like D'Lesli Davis did in defending a drug manufacturer in a major product liability trial.

Allen Alsabagh had sued Takeda, claiming its Actos diabetes drug gave him bladder cancer, while the defense argued Alsabagh had purchased online generic versions of the drug, which were not FDA approved. Davis opened the trial with the theme of "choices and consequences," and in her closing argument she tied that theme to her Las Vegas jurors and the gambling culture that served as the area's foundation.

"This great city, this great state in fact, is all about personal choice. And personal choice without judgment," Davis said. "This state and this city (are) founded on the idea that people can make their own personal decisions.

"But we also understand that, with the freedom to make personal decisions about our lives about our health, about our families, comes a personal responsibility."

Davis didn't just use a theme, she ensured her jurors connected with that theme. And it helped deliver a major verdict for her client.

Slides are a useful, and common, way to lead your jury through the roadmap of your argument. However, the best visuals in  a closing argument move away from the monitor to show a jury the strength of the case you've built, like Chris Panatier did in his asbestos trial against manufacturer Celanese Corporation.

Celanese's knowledge of the dangers of the asbestos that allegedly caused Dennis Seay's mesothelioma served as a key issue in the case. To drive home his argument that Celanese was well aware of the material's hazards, Panatier introduced his jury to a box of one-foot-tall red flags. "I want to show you their knowledge," Panatier explained.

Over the next six electric minutes Panatier highlighted more than 49 articles and events that he said should have placed Celanese on notice of asbestos' hazards, literally raising a red flag on each document.

When he had finished, nearly every surface of the courtroom was covered with the little red flags. It was an eye-popping technique to show the weight of of his evidence, and it sealed a $14 million win.

3. Bind Your Client's Loss to the Hearts of Your Jurors
The attorney: Jim Butler
The trial: Walden v. Chrysler Group LLC
Describing your client's losses is a basic requirement of any damages argument. But some attorneys give short shrift to this portion of their close, failing to detail the full impact of their client's loss to the jurors, a picture vital to the award they're requesting. Jim Butler, in Walden v. Chrysler Corp. provided a soaring example of how to ensure jurors can visualize the impact of the loss at the heart of a trial.

In closings of a trial against Chrysler for the Jeep Cherokee gas tank explosion that killed four-year-old Remington Walden, Butler didn't just tell jurors Remington had lost a life of possibilities, he outlined that life in vivid detail, touching on the important moments Remington would miss, and all the moments jurors likely held dear themselves.

It carried jurors through a lifetime that would never be lived, and it led to a $150 million verdict.

By taking common, effective closing argument techniques and tools and exploiting them to your full advantage, you can build a more powerful, compelling closing argument that will resonate in the minds of your jury.

The clips in this article were curated from CVN's unequaled library of trial video coverage.

Not a subscriber?
Learn how you can watch closing arguments from the nation's top trial lawyers.