According to the old saying, a picture is worth a thousand words, but in a recent Fulton County State Court case, a model proved to be worth almost $73 million for a badly injured plaintiff. Stephen Wells v. Aslan Commons, LLC, and WSE, LLC (12EV014728). 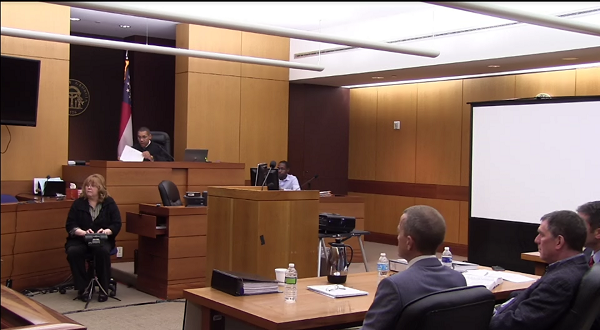 Attorneys listen as the judge reads the verdict awarding over $65 million to an apartment complex tenant severely burned in a gas line explosion in his unit.