Courtroom View Network webcasts civil jury trials with a lot on the line, be it a bellwether test case in a new mass tort or a standalone personal injury case potentially worth millions. That means the corporations defending these lawsuits routinely bring in the best trial attorneys from the nation’s top powerhouse defense firms.

Update: $9.1M Verdict, Including $3M in Punitives, Hits Tobacco Cos. for Smoker's Death

Miami, FL—Attorneys Monday battled over whether choice or addiction drove a Cuban immigrant to smoke as many as 4 packs of cigarettes a day for 45 years, as trial over his lung cancer opened against the country's biggest cigarette maker. Chacon v. Philip Morris, 08-102-CA-09. 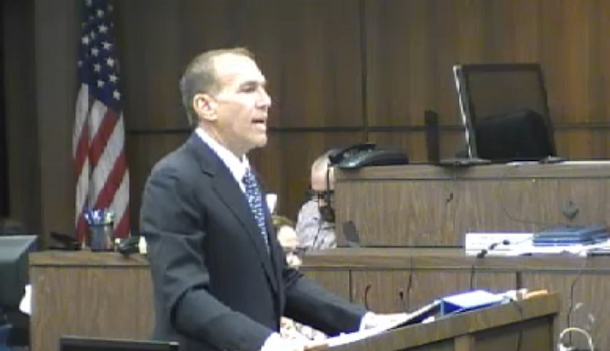 Scott Schlesinger delivers his opening statement at trial in Marilyn Oshinsky-Blacker's claims that the nation's two largest tobacco companies are responsible for her husband, Dennis Oshinsky's, cancer and death.

Fort Lauderdale, FL—Attorneys debated what drove a Florida merchant who spent much of his career selling cigarettes to smoke himself, as trial over his lung cancer opened this week against the nation’s two largest tobacco companies. Oshinsky-Blacker v. R.J. Reynolds, et al., 2008-CV-025841.