One Day. One Courthouse. Three Trials. CVN Covers Them All 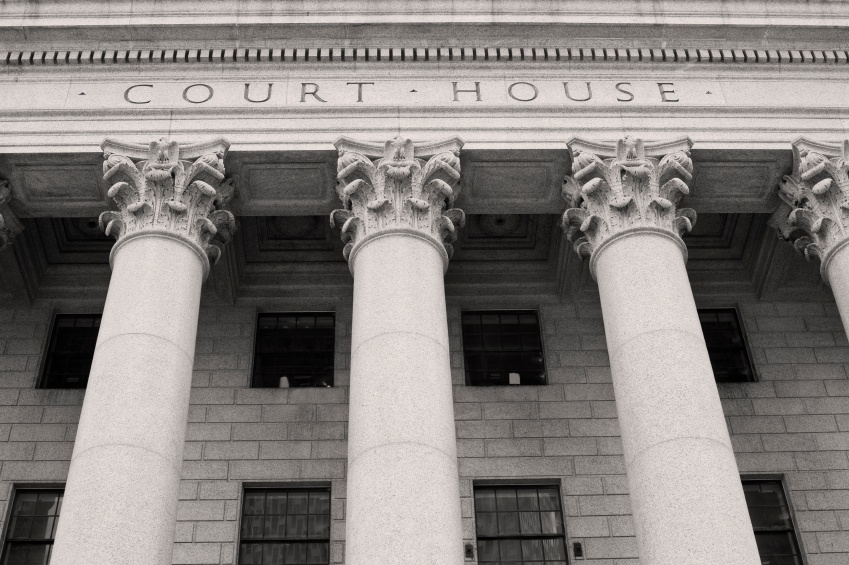 Atlanta, GA—It’s not unusual for three important trials to take place at the same time in the Fulton County Courthouse. What is unusual and historic this week is that Courtroom View Network crews are on hand to provide gavel-to-gavel coverage as three different Superior Court Judges preside over three significant commercial civil trials.

In Courtroom 5B, Judge Robert McBurney is presiding over the case of Dina Andrews v. Percy Bady (2014CV230964). Percy Bady is a nationally known singer, composer, arranger, and producer who has worked with Whitney Houston, Dionne Warwick, Michelle Williams, Kirk Franklin, and BeBe and CeCe Winans among others. Among his credits are the keyboard and choral arrangements for R. Kelley’s hit song, “I Believe I Can Fly.”

Dina Andrews is also a music industry veteran, having provided consulting and management services to numerous recording artists for over 30 years. Her clients have included Pebbles, Babyface, and Jimmy Jam and Terry Lewis. Andrews was Bady’s longtime manager and contends she is entitled to a share of his royalties for many works, which Bady has refused to pay.

When the DOT widened Memorial Drive recently, D&K Suit City lost the longstanding location on Memorial Drive where the chain’s original store had operated for 20 years. The store relocated across the street into a strip mall. The new location was not nearly as profitable as was the old store, which the owners attributed to the relocated store’s being less noticeable and less accessible for homeward bound traffic. However, the DOT did not initially compensate the store owners for the diminished value of their business. Chamberlain, Hrdlicka contends that they secured a multimillion dollar settlement for the owners in the dispute and are owed for their legal services in the matter.

In 2003, Nebo entered into an agreement with NovaPro’s predecessor to help the company sell its services to potential customers, including the City of Atlanta, and, under the terms of their agreement, Nebo was entitled to a portion of the fees paid NovaPro by the City. Nebo contends that NovaPro failed to pay all the fees owed it by NovaPro, and, further, that NovaPro fraudulently concealed from Nebo over $1 million in performance bonus payments made by the City to NovaPro.

These three cases mark the first time in the history of Courtroom View Network’s Georgia section that its crews have covered three different trials in the same courthouse at the same time. CVN will continue to report on all three trials as they progress and provide video highlights after the trials conclude.