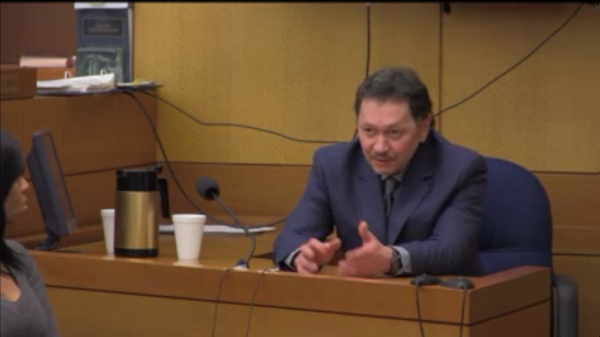 Atlanta—It was a decision that may have surprised court watchers: Hours after awarding nearly $22 million in compensatory damages to the estate and widower of a woman who suffered brain damage during an epidural procedure, then finding punitive damages were warranted, a Fulton County State Court jury last week levied $0 in punitives against the physician who performed the procedure. That change of heart likely stemmed from the final testimony of the physician at the case's center. Sterling Brown v. Southeastern Pain Specialists, P.C. et al, 10EV10621.

The jury originally found Dr. Dennis Doherty and two corporate defendants liable for negligence in the death of Gwendolyn Brown, who suffered irreversible and ultimately fatal brain damage resulting from a loss of blood oxygen to her brain during the epidural. Gwendolyn’s widower, Sterling Brown, then sought punitive damages solely against Doherty.

During this additional testimony, Doherty emphatically denied intending to harm Gwendolyn Brown. “Never, ever did I even consider, that I considered anything that can harm her. I didn’t get up in the morning and say I’m going to harm this one patient. It’s inconceivable that anyone would think that… I swear to you from my soul… I have not ever thought about harming any patient like that in that level is out of the range of reality.”

Earlier, when questioned by his attorney John Hall about his finances, Doherty stated that he owned no real property and owed hundreds of thousands of dollars in business debts. However, when Hall attempted to ask Doherty about the extent of the doctor’s insurance coverage, Judge Diane Bessen did not allow Doherty to answer.

Sterling Brown’s attorney, Jay Sadd, asked Doherty during cross examination whether he was “substantially certain that not stopping a [medical] procedure when somebody was having trouble breathing can cause harm to them.” Doherty replied that if someone stopped breathing for five minutes, he would stop what he was doing. However, he denied that actually occurred during Gwendolyn’s procedure, “This patient was taken care of much like many others are taken care of in the United States… Whether you’re breathing or how fast and how much oxygen you have are two different issues.”

In his brief closing statement on the issue of punitive damages, Hall said that the most important issue was whether Doherty intended to harm Gwendolyn. “If at any point you stand firm, I ask that you stand firm on that issue and to not allow that point to be made by this court and against Dr. Doherty.” However, in his closing statement, Sadd told the jury that if they found that Doherty acted or failed to act with substantial certainty that harm would be done to Gwendolyn, then that would be specific intent to cause harm.

After the jury reached its verdicts, Jay Sadd described the case as “very sad.” He said that he felt strongly that the defendants’ liability in the case was clear, and he was “gratified the jury seem to have agreed.” Attorneys for the defendants could not be reached for comment.