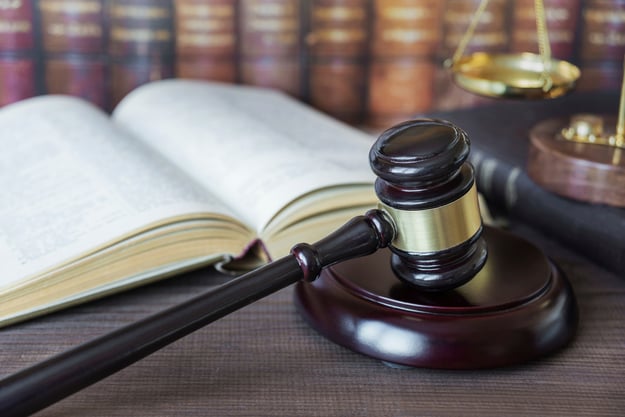 The Case: A $4.2M Verdict Built on Evidence of Cumulative Asbestos Exposure

Roy Knight worked intermittently as an independent contractor sheet-metal worker at Scapa Dryer Fabrics’ Waycross site between 1967 and 1973. During that time, Scapa used yarn that contained asbestos in its manufacturing process. In 2009, doctors diagnosed Knight meosthelioma, a cancer usually associated with inhaling or ingesting asbestos fibers. At trial, Knight was awarded a $10 million verdict against Scapa and Union Carbide, another defendant in the case that subsequently settled. After apportionment of liability, the trial judge leveled a $4.2 million award against Scapa.

The state’s high court refused to consider the validity of Abraham’s theory. But,  it nonetheless agreed the testimony was inadmissible, rejecting it as irrelevant.

The Court noted Knight needed to prove asbestos exposure at Scapa’s facility was a “contributing factor” to his mesothelioma, citing John Crane, Inc. v. Jones, 278 Ga. 747 (2004).  However, that decision never detailed exactly what standard of proof a plaintiff had to meet. The Scapa Court took the opportunity to explain the earlier opinion, stating:

“[A]lthough Knight and his wife did not have to prove that exposure to asbestos at the Waycross facility made a substantial contribution to his mesothelioma, they did have to show that it made a meaningful contribution. Just as we explained in John Crane, Inc., a de minimis contribution to an injury is not sufficient to establish legal causation under Georgia law.” (emphasis in original).

Applying that standard, the Court rejected Abraham’s testimony. It noted there was conflicting evidence of Knight’s exposure to asbestos at Scapa’s facility, and evidence showed he worked at several other asbestos-containing facilities over a 20-year period. The Court reasoned that, while the jury may have determined Knight’s asbestos exposure at the Scapa plant was meaningful, it may also have relied on Abraham’s opinion concerning cumulative exposure to erroneously find any exposure at Scapa’s plant was enough to establish cause.

“Such testimony does not ‘fit’ the issue that the jury was charged with deciding, and it could not have been helpful to the jury…. For all we know, the jury could have … attributed cause to a de minimis exposure by Scapa simply because the jury believed Dr. Abraham when he said that any exposure beyond background would be a contributing cause.… [T]he testimony did not 'fit' the pertinent causation inquiry under Georgia law, and it should have been excluded by the trial court, acting as gatekeeper, because it could only serve to confuse the jury on the issue of causation.”

The Path Forward: The Impact of "Fit" and the "Meaningful" Contribution Requirement

While the holding clarifies what a plaintiff must prove, the decision’s “meaningful contribution” requirement could make it more difficult to establish causation in asbestos cases. It may also have a wider impact beyond asbestos trials, by applying the holding that scientific expert testimony must “fit” a case’s pertinent causation inquiry.

Learn how you can watch key trials in Georgia and throughout the country.