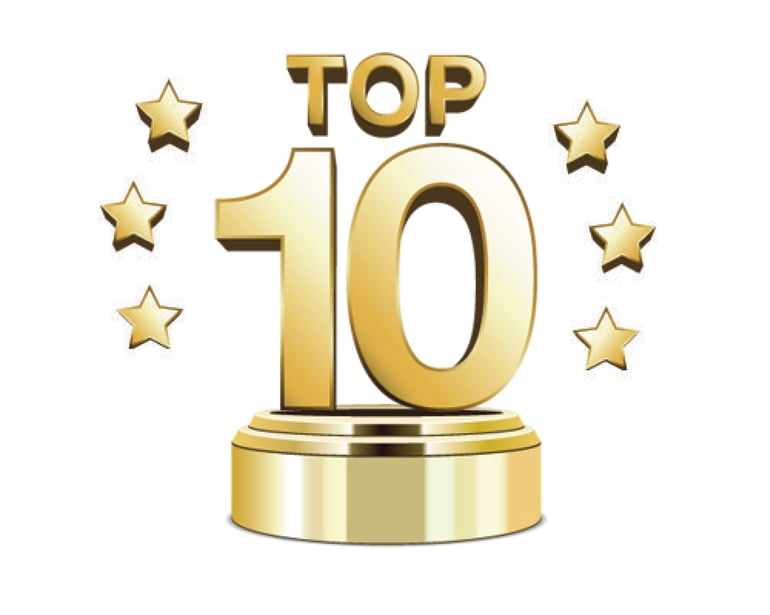 CVN webcast trials ending in some of the top defense verdicts in 2017, many featuring high-profile corporate clients and heavyweight defense firms from all over the country. We also launched our exciting new "CVN Essentials" product, offering specially curated content like our popular "Trial in 20 Minutes" video summaries.

These are our picks for the most impressive defense verdicts CVN covered in 2017. We didn’t rank these just by the amount of money at stake, but also considered the facts of the case, the parties involved, and the potential broader impact of the verdict.

Want to see the full trial? You can get access to high-quality, gavel-to-gavel video of a ALL of these trials and many more in CVN’s one-of-a-kind trial video archive by becoming a CVN subscriber.

Topping CVN’s list of most impressive defense verdicts of 2017 is a key win by J&J and their talc supplier Imerys at the first lawsuit in the country to go to trial over claims that J&J’s talc products contain asbestos and cause mesothelioma.

The first ovarian cancer talc trials against J&J in 2016 ended in plaintiff verdicts that made national headlines and helped spur thousands of additional suits. While J&J and Imerys face additional mesothelioma-related talc claims (including one set for trial in New Jersey this month), a clean defense verdict right out of the gates is a significant first salvo.

Defense attorneys argued that plaintiff Tina Herford’s mesothelioma was the result of chemotherapy she received to treat breast cancer, and that the supposed evidence of talc in J&J’s products was the result of faulty testing methods.

Making the verdict even more impressive was the plaintiff being represented by Chris Panatier, an asbestos attorney with a national practice who had already demonstrated the ability to secure large verdicts in other talc trials.

By the time this case went to trial, juries in Missouri had returned three consecutive, multi-million plaintiff verdicts in the three previous ovarian cancer talc trials that took place in St. Louis. Each verdict drew national headlines, and at each trial J&J made changes to their trial teams, hoping to crack the code for a defense win in a jurisdiction known for delivering large plaintiff verdicts.

It turns out the fourth time was the charm. Bart Williams, a trial heavyweight out of Proskauer Rose’s Los Angeles office, led a team that secured J&J’s first (and to date only) defense verdict in the sprawling ovarian cancer talc litigation.

During cross-examination and his closing argument, Williams went after the credibility of the science linking talc to ovarian cancer relentlessly, while also driving home the point that numerous watchdog groups and regulatory agencies have said talc doesn’t need a cancer warning label.

Williams faced off against the same plaintiff team that landed the previous verdicts, and J&J subsequently turned to Williams for the company’s first ovarian talc trial in California. Although that case ended in a $417 million jury verdict (and topped CVN’s list of most impressive plaintiff verdicts for 2017), Williams did prevail on a motion for a new trial, and a rematch is likely in the coming months.

In October a California state court jury cleared Costco and other companies of any liability for the death of an 89-year-old woman whose children sought $18 million after she allegedly contracted hepatitis A from eating a frozen berry blend they claimed purchased from the store.

The jury returned a unanimous 12-0 verdict on October 26 in favor of Costco, berry blend maker Townsend Farms Inc., fruit brokers Purely Pomegranate Inc. and other suppliers after deliberating for less than a day following a 10-day trial. Costco argued that there was no evidence Virginia Jolson actually purchased the berry blend in question from the bulk grocery store.

The CDC eventually linked 165 cases of hepatitis A to the contaminated blend, including 80 in California, however Costco argued that Jolson contracted a different form of hepatitis than the one associated with the outbreak. A number of lawsuits stemming from the outbreak were consolidated in California state court and a federal class action, and Jolson’s case was the first and only one to go to trial. 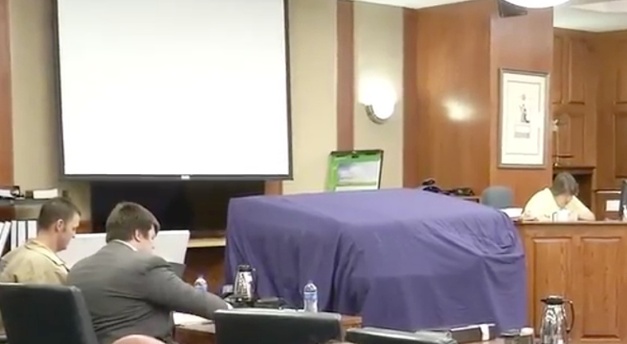 A West Virginia state court jury determined last February that Subaru was not responsible for the deaths of three passengers who died in a fire after their 1999 Forester sport utility vehicle was struck in a head-on collision.

The proceedings took on a decidedly hands-on feel when attorneys began examining the front section of a Subaru Forester that had been cut off and transported to the tight confines of Judge Jennifer Bailey’s fourth floor courtroom. A blue tarp covered the unusually large exhibit for most of the trial.

The mother and two teenagers died in 2009 when a Ford Explorer crossed the center line and struck their Forester head-on. The plaintiffs argued that the route of a key fuel line created an unnecessary risk of an explosion in the event of a collision, however Subaru’s attorneys successfully argued that other combustable fluids flowed onto exhaust elements after the impact ripped away other parts of the engine.

The victims burning to death could have resulted in a substantial pain and suffering award, as we saw at a similar trial in 2015, but a Virginia-based trial team lead by attorneys from Spencer Shuford LLP secured a clean defense verdict.

Jurors deliberated for just over half a day after hearing a week of argument and testimony in a trial that was the culmination of a longstanding and bitter feud between Sheehan and Veitch. Veitch ran Norwegian from 2000 until 2008, when Sheehan took over as chief until 2015. In addition to his defamation claim against Sheehan, Veitch also accused Norwegian of failing to honor a profit-sharing agreement.

Veitch’s attorney Jeff Gutchess of AXS Law Group asked jurors to award $90 million during his closing argument, but Sheehan and NCL, both represented by Sanford Bohrer of Holland & Knight, successfully argued that Veitch suffered no actual damages resulting from Sheehan’s email to Travel Weekly, and that Norwegian honored their profit-sharing arrangement with Veitch as written.

R.J. Reynolds prevailed in a suit by the family of a Florida woman who died from respiratory disease after smoking for 60 years, as jurors declared the claim time barred.

The 10th Circuit Court jury deliberated for less than four hours before concluding that Totsie Fleming knew or should have known she had chronic obstructive pulmonary disease, or COPD, on or before May 5, 1990, the statute of limitations' cutoff date in a class action by Florida smokers against the nation’s tobacco companies.

Fleming, 77, who worked for years as the secretary to the Avon Park, Florida Chief of Police, died in 2009 of smoking-related COPD. Her family claims R.J. Reynolds, makers of the Winston cigarettes Fleming smoked, caused her death by hiding the dangers and addictiveness of their product throughout much of the 20th century.

Gordon & Doner’s Gary Paige, representing Fleming’s family, had requested $6 million in compensatory damages, or $1.5 million for each of Fleming’s four children, plus a finding punitives were warranted during closing arguments.

Paige secured the largest CVN-covered Engle verdicts in 2016 and 2017.

A California state court jury rejected claims from the family of a deceased U.S. Navy sailor that potholes and allegedly unsafe railroad tracks caused him to fly off his motorcycle and into oncoming traffic.

Jurors deliberated for 30 minutes following a two-week trial before determining on August 7 that the City of San Diego and BNSF Railway Co. bear no responsibility for the 2014 death of Jamie Scott Powell, who died at the age of 23.

His family sought $5.4 million in damages, but attorneys for the city and BNSF successfully argued the accident was caused by Powell driving an unsafe motorcycle at high speeds, and that the tracks met the inspection requirements of state and federal agencies.

Ford cleared at trial over airbag deployment in deadly crash

Anthony Llera died after he struck a tree and flipped the 2003 Ford Mustang he was driving. The crash, on Palm Beach Lakes Boulevard, in West Palm Beach, also killed one passenger and injured two others.

Blood tests found Llera, who had allegedly been drinking before the accident, was legally intoxicated.

However, Llera’s father Ramon, claims the crash was caused by defective airbags in the car that deployed inappropriately when Llera's tire hit a curb, causing him to veer out of control, hitting the tree.

However, the defense contended Llera was drunk, driving recklessly, and the airbags deployed only after a serious collision with a median.

Cobb County State Court jurors deliberated for less than three hours before concluding Dr. Clarence Hendrix, a physician at the Cobb County Adult Detention Center, and David Howell, the administrator in charge of Wellstar Health Services’ contract to provide health services for the facility, were not liable for the 2006 death of Justin Graham.

Graham, 25, died from liver failure about a month after a stint at the detention center for a DUI arrest. During his incarceration, Graham was treated by Hendrix as part of Wellstar’s contract with the county’s sheriff’s department. After 19 days at the facility, Graham was transferred to a hospital where he ultimately died. Graham’s family claims Hendrix failed to properly treat Graham’s liver problems, which included tell-tale symptoms of worsening jaundice and rising bilirubin counts.

The defense noted Wellstar was not responsible for Graham’s jailhouse nursing care, and that Graham had drastically underreported his drinking history. Attorneys for the plaintiff had sought $29.7 million for Graham’s death.

Driver & employer prevail at trial over death of crosswalk pedestrian

A chemical company and one of its workers were cleared of liability for damages at trial last month over the death of a pedestrian killed in a crosswalk collision.

Gwinnett County State Court jurors split responsibility for the fatal collision evenly between Brandon Lanier and Riley Hulsey, the driver who fatally struck Lanier in a Tifton crosswalk in April 2014. Lanier, 31, had stepped into the crosswalk as Hulsey, working for soil fumigation company TriEst Ag Group, began a right-hand turn into the intersection.

Under Georgia law, the 50-50 apportionment of responsibility means the plaintiff is not entitled to recover damages.