$21.5M Verdict, After $14M in Punitives, Against R.J. Reynolds in Trial Over Vet's Lung Cancer 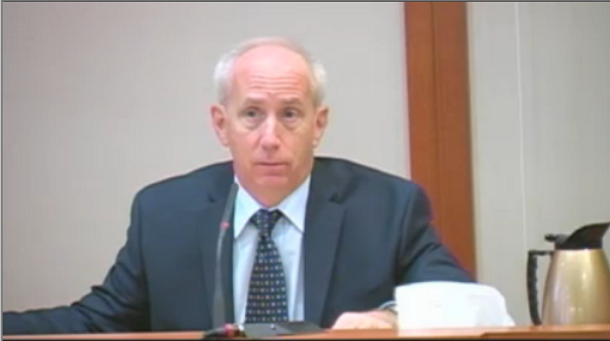 R.J. Reynolds executive Charles Garner testifies during the punitive phase of trial over the lung cancer death of Franklin Johnston. Jurors imposed a $14 million punitive award against Reynolds on Thursday, bringing the total award to $21.5 million.

Thursday’s punitive verdict came one day after the 12th Circuit Court jury awarded $7.5 million in compensatory damages to Barbara Johnston for the 1995 cancer death of her husband, Franklin “Jim” Johnston, 60, a smoker for more than three decades. Johnston claims Reynolds’ participation in a conspiracy to hide the dangers of smoking caused her husband’s nicotine addiction and fatal cancer.

Johnston's case stems from Engle v. Liggett Group, a Florida class action suit originally filed in 1994. Although the state’s supreme court decertified the class in 2006, it ruled Engle cases must be tried individually, and found qualifying Engle progeny plaintiffs could rely on certain jury findings in the original case, including that tobacco companies sold a dangerous, addictive product if they proved the smoker at the heart of a given case suffered from a smoking-related disease caused by nicotine addiction.

With compensatories and Engle class membership decided in the trial’s first phase, the two-day punitive phase of trial asked jurors to weigh the harms they found led to Johnston’s death against changes to Reynolds and the tobacco industry as a whole over the last two decades.

The defense argued sweeping changes to Reynolds, ranging from payouts under a multi-billion settlement agreement with states’ attorneys general, to marketing restrictions and federal oversight, warranted mitigating punitives against the company. During Thursday’s closings, Jones Day's Stephen Kaczynski reminded jurors of the power the U.S. Food and Drug Adminstration had over Reynolds and other tobacco companies. “The companies cannot change their cigarettes in any way unless they get prior approval from the FDA,” Kaczynski said, adding the federal agency remained free of tobacco industry influence. “Anybody [in] the FDA regulating cigarettes cannot have ever had a relationship with the tobacco companies. [The FDA’s tobacco regulation arm] is independent, it’s honest, and it’s thorough.”

However, Johnston’s attorney, Gordon & Doner’s Gary Paige, argued the company had not changed enough, reminding jurors Charles Garner, Reynolds’ senior director of scientific and regulatory affairs, testified Thursday he believed nicotine addiction has no relation to lung cancer. “Now you all heard all the evidence in this case. This is 2016 and their scientists are still saying that,” Paige told jurors. “When you go back there and think about mitigation, is that evidence of [mitigation], when their scientists are still saying that?”

The $14 million punitive award was $1 million less than the $15 million Paige requested in Thursday’s closings.

Read more about the first phase of trial and the compensatory verdict.