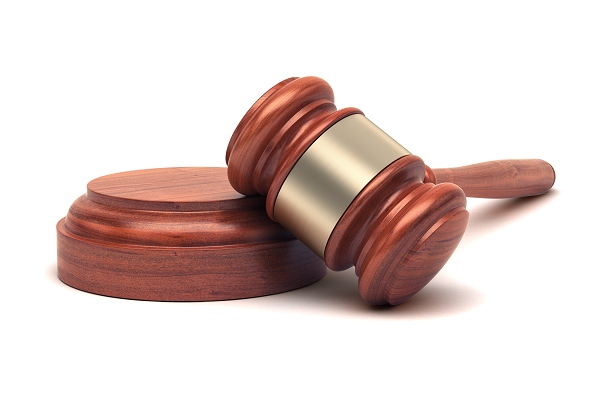 Thomson, GA—The brother of a motorcyclist who broke his leg in multiple places when he was struck by a pickup truck described the injury as a life-altering, as trial began in McDuffie County State Court. Ulysses Rodney Anderson v. Brian Preston Hensley, 14CV0199.

Grady Freeman told jurors that his brother, Rodney Anderson,was plagued with physicial and emotional problems long after Brian Hensley ran over Anderson's right leg. "He couldn't walk on that leg. He couldn't put (any) presure on that ankle," Freeman said, "Before the wreck, he was always around," Freeman testified. "After the wreck he became a hermit. You'd have to look around to determine if he's all right. Is he eating? Is he sleeping?"

Hensley struck Anderson with his pickup truck on June 10, 2012 as Anderson was riding his motorcycle. Anderson claims that Hensley, who he alleges was intoxicated at the time, then ran over Anderson's ankle, breaking three of Anderon's bones and damaging cartilage, as he pulled away from the scene, Hensley ultimately returned to the accident scene and was cited for driving under the influence, according to court documents.

On direct examination, Freeman told jurors that he went to the scene of the accident after the collision and saw about 600-feet of tire skid marks in the accident area, before encountering Hensley. "I was walking toward Mr. Hensley," Freeman said. "And he just reeked of alcohol."

However, on cross examination, Freeman acknowledged that he had described seeing only 100-feet of tire skid marks on the scene when he was deposed.

Anderson, represented by Joseph Neal, argues that Hensley struck the motorcycle because he was intoxicated, and then permanently injured Anderson's leg while attempting to flee the accident scene.

However, Hensley, represented by Charles Mayers, argues that Anderson caused the accident by driving recklessly. During opening stateemnts earlier Monday, Mayers told jurors "When you hear witnesses' testimony and you guage the credibility of these witnesses, you'll agree with me, that the cause of this accident, the proximate cause, was the ngeligence of Mr. Anderson."

The case likely turns on jurors' belief in the testimony of Jesse Bowman, an assistant police chief at the Lincolnton Police Department who  was off duty when he manned the accident scene after the impact. Bowman is expected to testify that Anderson was speeding and illegally passing other vehicles prior to the collision. However, the plaintiff contends that Bowman never saw the accident itself and Neal is expected to question Bowman's credibility when he takes the stand.

In addition to ongoing print coverage of the trial as it progresses, CVN will feature gavel-to-gavel video of the trial at its conclusion.