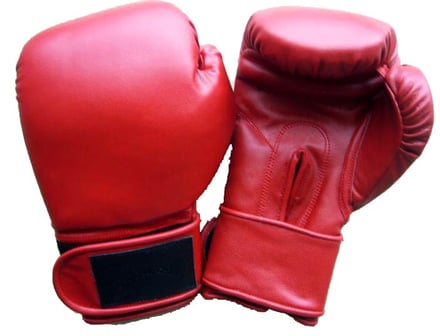 It takes a lot for attorneys to make a name for themselves in just one one city or state, but it’s even harder to develop a national reputation as a “heavyweight.”

Each month, Courtroom View Network will highlight four heavyweight attorneys with nationwide reputations, that can be seen in action by signing up for our one-of-a-kind online trial archive.

To kick things off, we are focusing on four defense attorneys that consider a “bet the company” trial just another day at the office. CVN is the only place you can actually SEE these top shelf attorneys arguing in front of real juries aside from sitting in court. Stay tuned for next month, when we will highlight four national plaintiff heavyweights.

To see the trial skills that earned Cohen these positions, watch her in a Missouri courtroom successfully defend pelvic mesh manufacturer C.R. Bard Inc. in the longest-running state court trial yet over an allegedly defective mesh implant.

CVN subscribers can also watch Cohen in a Nevada state courtroom defending Takeda Pharmaceuticals in a lawsuit over the alleged risks of the popular diabetes medication Actos, in a case worth potentially $2 billion.

When it comes to defending pharmaceutical companies and medical device manufacturers in trials across the country, Christy Jones’ track record is nothing less than prolific. She is one of the few attorneys in the country considered a "go-to" option for bellwether trials in national mass tort and product liability litigation in both state and federal court.

CVN subscribers can watch Ms. Jones in the historic trials over the painkiller Vioxx, in addition to watching her secure defense wins in trials over other popular medications like Fosamax, Levaquin and Extra Strength Tylenol.

Based in California, Allen Ruby has a reputation as being one of the top trial attorneys in the country representing companies and individuals in high-stakes, complex litigation. He’s represented everyone from Barry Bonds to Facebook.

Though his practice also focuses on white-collar criminal defense, CVN subscribers can see Ruby delivering a major civil trial win for Inuitive Surgical Inc., which was accused of providing allegedly defective robotic surgical equipment to hospitals. The "Da Vinci" system is one of the most popular robotic surgical devices in the world, and this trial represented the very first time the company had to defend it in front of a jury.

CVN also filmed Ruby in another trial over the "Da Vinci" system in California that ended in a settlement after weeks of testimony.

CVN subscribers can watch Williams land one of the most significant defense verdicts of 2017, when he convinced a jury in St. Louis for the first time to deliver a verdict for Johnson & Johnson in litigation over the alleged cancer risks of talc powder.

Three previous trials had resulted in roughly $200 million being awarded to women who claimed J&J failed to warn them about the dangers of talc powder, but Williams obtained the first and only clean defense verdict for J&J to date in a state court talc case.

There are hundreds more attorneys in CVN's one of a kind archive. Stay tuned for next month's plaintiff heavyweights, and click below to learn more about becoming a CVN subscriber for access to high-quality, gavel-to-gavel recordings of all the above trials and many others.