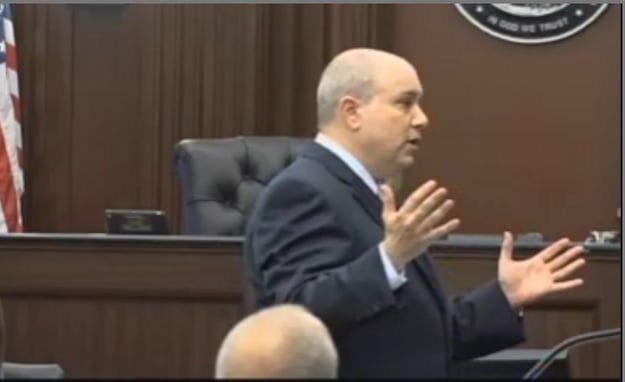 Jacksonville, FL—Attorneys Friday debated what drove a Florida trucker to smoke up to four packs of cigarettes a day for more than 40 years, as trial over his cancer death opened against R.J. Reynolds. Olson v. R.J Reynolds, 2008-CA-000396.

Floyd Olson, 59, a long-haul trucker for much of his life, died from cancer in 1996, after more than four decades of smoking Reynolds’ unfiltered Camel brand cigarettes. His wife, Lorraine, claims Reynolds hooked her husband on cigarettes and bears responsibility for his fatal lung cancer by hiding the dangers of smoking for much of the 20th century.

However, Reynolds attorneys portray Olson as an independent-minded man whose smoking was driven by choice rather than addiction. During Friday’s openings, Jones Day’s John Walker claimed Olson never made a serious attempt to stop smoking, and generally ignored warnings from family and friends to quit cigarettes. “The evidence will show that Mr. Olson spent 100 percent of his time as an adult smoker making adult decisions not to try to quit smoking,” Walker said.

Walker challenged plaintiff’s contention that Olson had been swayed by tobacco marketing, noting Olson smoked unfiltered cigarettes for much of his life and long after the vast majority of smokers and the bulk of tobacco advertising turned to filtered brands. “Mr. Olson kept smoking his unfiltered Camels because he liked them and that’s what he wanted to do,” Walker said.

Trial in the case is expected to last through the end of the week.