Our Engle cards, spotlighting some of the best attorneys in Florida’s ongoing tobacco litigation, have been a CVN tradition that dates back to 2011. It’s a different way to track some of the major cases and statistics across more than a decade of courtroom battles spun from a decertified class action against the nation’s cigarette makers. This week’s Engle card features James Gustafson, whose Engle trial record puts him among the litigation’s preeminent attorneys. 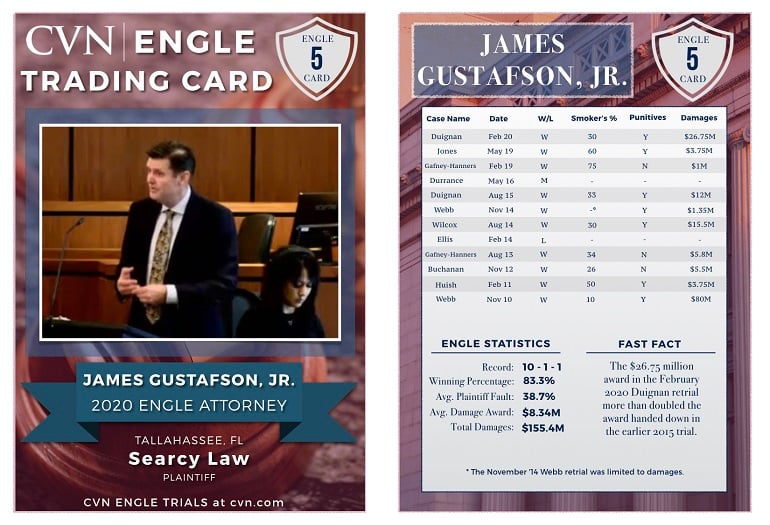 Gustafson’s Engle accomplishments stretch back to 2010, with only one loss among a dozen CVN-covered Engle trials in that span. Among the highlights of his Engle record: a $26.75 million verdict in February’s Duignan trial over the cancer death of a 42-year-old smoker. That verdict, which included $24 million in punitives, more than doubled the original verdict handed down in the original trial five years earlier.

Come back next week to learn who our next card will feature.

Watch all of James Gustafson's trials on CVN.