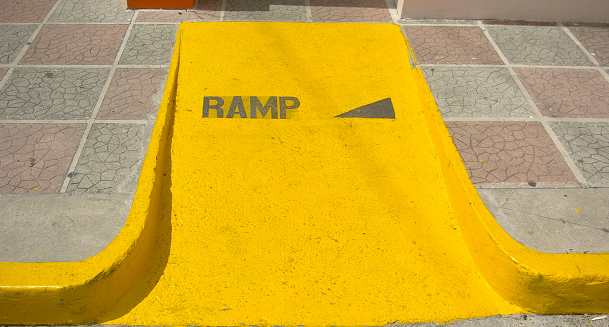 West Palm Beach, FL—A former realtor told jurors Tuesday a 2007 Halloween Day fall delivered traumatic brain and spinal damage that have robbed her of her career and much of her memory, as the multi-million-dollar trial against the painting contractor and plaza owner she claims are responsible entered its second week. Sumner v. Lantana Palm Beach Retail, et al., 2010CA11199.

“I am not the person I was prior to this [fall]. I am not able to work or make a living,” Sharon Sumner, 61, told jurors through tears. “I don’t think well, I do not remember, I do not remember names. I’m a different person, not productive, sort of worthless.” 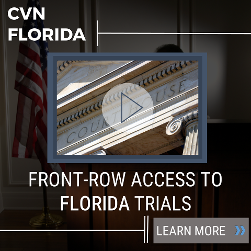 Sumner claims she suffered severe brain and back injuries in a 2007 fall on an access ramp at Lake Worth’s Lantana Square, owned by defendant Lantana Palm Beach Retail LLC. Sumner, who has allegedly undergone 5 surgeries to repair spinal and nerve damage, contends a paint job on the ramp by defendant WGM Quality Painting Inc. before her fall rendered the formerly safe ramp dangerously slippery. Sumner’s attorney, Neufeld, Kleinberg, & Pinkiert’s David Kleinberg, told jurors when trial opened last week that Sumner has incurred more than $670,000 in medical expenses alone and would seek damages in the millions.

Sumner fell on the ramp after leaving her mall-based real estate office on what she described as a misty day. Although she told jurors she did not know why exactly she fell, Sumner said she “definitely” believed that the slipperiness and the slope of the ramp contributed to her fall.

Sumner told jurors she began developing “tremendous” headaches shortly after the fall and her body became “stiffer and stiffer,” following the accident. She said she later learned the fall herniated neck and lumbar vertebrae and damaged her brain.

However, the defense contends the paint job did not render the ramp dangerous and has challenged the severity of Sumner’s injuries. Under cross-examination Tuesday, Sumner acknowledged she was treated for depression in the years before the fall and said a dispute over fall-re;ated injuries helped precipitate her leaving the primary care physician that treated her for 20 years before the accident. But, “[he] missed the diagnosis that my spinal cord was flattened at that point” from the fall, she said. “He overlooked it, didn’t see it, whatever.”

Sumner also acknowledged under cross examination that, despite her injuries, she continues to travel, including taking a 2014 trip to Italy to attend a 10-day cooking school.

The case is expected to go to the jury by the end of the week.