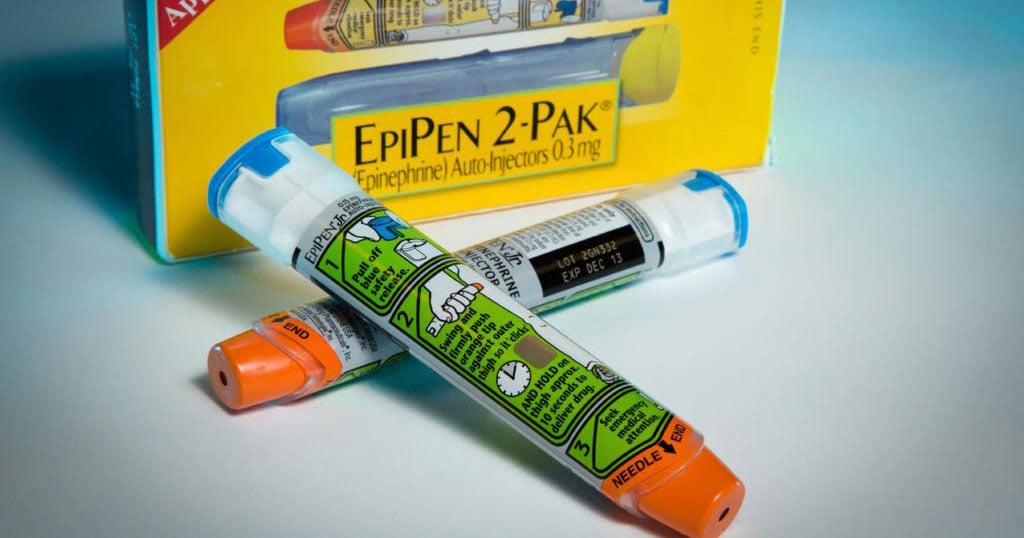 Stock image of an Epi-Pen device

Las Vegas, NV - One of the first major in-person civil jury trials since the Covid-19 shutdown began this week in Nevada state court over a woman’s severe brain damage supposedly caused by an EMT service’s alleged failure to adequately treat her severe allergic reaction to peanuts, and the proceedings are being webcast gavel-to-gavel by Courtroom View Network.

The trial is taking place in the sprawling Las Vegas Convention Center, which has been modified to facilitate socially distanced jury trials, while the Clark County Courthouse where these proceedings would normally take place is reserved for criminal matters. In-person civil trials in Las Vegas resumed on March 1, in part due to attorneys and court staff becoming eligible for Covid-19 vaccines.

The lawsuit filed on behalf of plaintiff Chantel Rose Giacolone has been pending since 2015, an unusually long time for a civil case to go to trial, thus giving it priority amongst the first cases slated for trial in the convention center. Giacolone suffered serious brain damage after accidentally ingesting ice cream with a pretzel topping containing peanut butter while attending a convention for magic enthusiasts at the Mandalay Bay South Convention Center in 2013.

Giacolone’s lawsuit alleges that after eating the pretzel topping and self-administering an Epi-Pen injection she immediately went to an emergency services station staffed by Las Vegas-based ambulance company MedicWest Ambulance Inc., but that the EMT’s only had intramuscular epinephrine on hand and lacked the equipment to quickly administer the lifesaving drug intravenously. By the time they administered additional intramuscular epinephrine, Giacolone’s attorneys argue her blood flow was already so restricted that the medication had little effect.

She was transported to a local hospital and resuscitated after her respiratory system began to shut down, but by then she had suffered permanent and irreversible brain damage that her attorneys argue will require round-the-clock medical care for the rest of her life.

Defendant MedicWest Ambulance Inc. denies the allegations in Giacolone’s lawsuit, maintaining that her condition didn’t warrant the use of intravenous epinephrine and that the EMT’s on site promptly called dispatch for transportation to a hospital, a claim that Giacolone’s attorneys argue is refuted by phone records.

Given that Giacolone suffered her brain injury as a young adult and could potentially live for decades in her current condition, the damages awarded in the case, if any, could hypothetically reach into the tens of millions.

“Instead of timely calling for advanced life support services, the EMT personnel asked Plaintiff questions about going out and partying, and attempted to treat Plaintiff’s symptoms with a combination of Albuterol, oxygen, and medications, including intramuscular epinephrine,” Giacolone’s complaint states. “None of these treatment modalities were effective in opening Plaintiff’s constricted throat and protecting her airway to allow continuous oxygenation of her vital organs.”

Giacolone’s attorneys argue that the Southern Nevada Health District requires EMT’s to keep intravenous epinephrine in their “jump bags” and that in addition to lacking the required equipment that MedicWest’s EMT’s waited too long to call dispatch for an ambulance after seeing the severity of her condition.

“The MEDICWEST EMT personnel failed to appreciate Plaintiff’s condition or thatthe treatment modalities of oxygen, medications, and intramuscular epinephrine were ineffective; thus not administering the required intravenous epinephrine,” the complaint states. “As a result, Plaintiff ultimately suffered a severe hypoxic brain injury, which has rendered her completely disabled and unable to perform any activities of daily living. She is completely dependent on others for her care, and will likely remain so for the remainder of her life.”

MedicWest argues that the Epi-Pen Giacolone used before approaching the medic station had passed its expiration date, and that the medics’ initial treatment was appropriate since Giacolone was breathing and speaking in full sentences when she first approached them.

“Defendant denies EMT personnel failed to appreciate the plaintiff’s condition or that the treatment modalities of oxygen, medications, and intramuscular were ineffective; thus not administering the required intravenous epinephrine,” the company argues in court filings.

MedicWest maintains the EMT’s did have epinephrine that could have been diluted and administered intravenously, but that it wasn’t indicated at the time and that the Southern Nevada Health District doesn’t require EMT’s to maintain “pre-loaded” syringes of Epinephrine for intravenous use.

Giacalone is represented by Brian Nettles, Christian Morris and Victoria Allen of the Nettles Morris law firm, and by Jeffrey Cook and Joseph Thomas of the Michigan-based firm Driggers Schultz & Herbst PC.

The trial is taking place before Clark County District Court Judge Jacqueline Bluth. The proceedings will be webcast and recorded gavel-to-gavel by CVN. For access to the webcast please visit www.cvn.com.