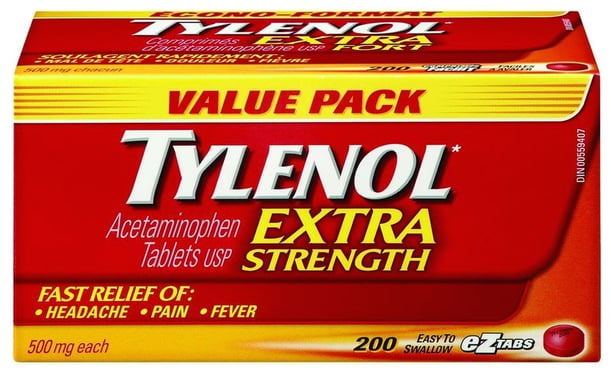 Atlantic City— A New Jersey state court jury cleared Johnson & Johnson subsidiary McNeil Consumer Healthcare of all liability on Friday in the first of hundreds of lawsuits to go to trial alleging the company failed to adequately disclose the risks of liver damage from taking Extra Strength Tylenol.

The unanimous 10-member jury returned the verdict following a trial that began on Sept. 22. The panel rejected 55-year-old plaintiff Regina Jackson’s claims that McNeil is responsible for her liver damage after she accidentally took Extra Strength Tylenol for longer than the recommended dosage period, finding  that Jackson had failed to prove she took Extra Strength Tylenol prior to falling ill.

The trial was recorded gavel-to-gavel from the start of witness testimony forward by Courtroom View Network. (Click here to see video from the trial).

Friday’s defense verdict could influence the outcome in over 200 similar suits pending in state and federal court, with most of the cases centralized in multidistrict litigation being overseen by U.S. District Judge Lawrence F. Stengel in Pennsylvania. A bellwether trial in the MDL, in which plaintiffs plan to pursue unlimited punitive damages, is scheduled for October 26, according to court records.

The current recommended dose of Extra Strength Tylenol is eight pills per day, but Jackson’s attorneys argued that studies have shown as few as two pills per day for extended periods can cause liver damage, and that McNeil knew about the risks for years. They said more stringent warnings would prevent consumers like Jackson from taking too much of the popular over-the-counter medication

McNeil argued that Extra Strength Tylenol is safe, and that Jackson failed to prove she actually took the drug, suggesting that she also took cold medicine and Aleve, another over the counter painkiller, prior to being hospitalized with elevated liver enzymes in 2011.

"Tylenol has more than 50 years of use and over 150 studies to support its safety and efficacy, and, when used as directed, it has one of the most favorable safety profiles among over-the-counter pain relievers," J&J spokeswoman Jodie Wertheim told CVN in an e-mailed statement.

The trial revealed efforts by McNeil and J&J to fight increased regulation of acetaminophen, the main ingredient in Tylenol, by the U.S. Food & Drug Administration. Despite studies showing the drug to be the leading cause of acute liver failure in the United States, the FDA has not issued regulations for the safe use of the drug since beginning hearings on the issue 38 years ago.

Jackson's attorney Chris Sisi of Ashcraft & Gerel LLP told CVN that because the jury determined Jackson didn't prove she took Extra Strength Tylenol, the verdict doesn't address the underlying issue of what McNeil knew about the drug's alleged risks. He said his team is considering an appeal.

"For over a decade the FDA and the medical community have been urging McNeil to take action to reduce the deaths, transplants and hospitalizations every year from this drug,” Sisi said.